Texts are not simply collections of stand-alone factual statements; these statements always reflect a certain perspective and together form a multi-dimensional storyline. The research that is being conducted within ULM-3 can be divided into two research lines, perspectives and storylines, both of which play an important role in human understanding and interpretation of texts and should play an equally important role when processing texts by machines.

ULM-3 closely collaborates with the Quality and Perspectives in Deep Data (QuPiD2) project and with the VENI-project Reading between the lines: identifying implicit perspectives through linguistic analyses.

Perspectives
Texts are inherently subjective; they are written with a certain perspective in mind on the topic, person or event, which is reflected in the selection of information and the way in which it is presented. ULM-3 develop software to detect these perspectives in texts and to represent the output according to a formal model that can represent what is said about a topic, a person or an event and how this is said in and by various sources, making it possible to place alternative perspectives next to each other. The model and detection software take into account linguistic phenomena such as attribution, modality, negation, factuality, sentiment, as well as phenomena related to discourse and rhetorical structure.

Annotation Guidelines: We are developing guidelines for the annotation of perspectives, which can be found at GitHub VUA-Perspectives. 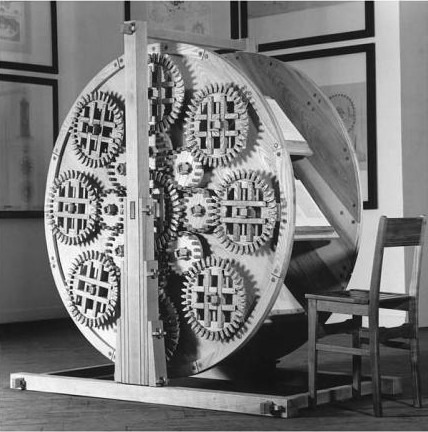 The Reading Machine, by Daniel Libeskind is a fabrication of the “Reading Wheel” published in 1588 by Agostino Ramelli in his Le diverse et artificiose machine del capitano Agostino Ramelli

Storylines
Narratives are at the heart of information sharing. Ever since people began to share their experiences, they have connected them to form narratives. When reading texts, such as the news, humans build up a story over time by integrating the incoming information with the known, removing duplication, resolving conflicts and ordering relevant events in time. They also create an explanatory and causal scheme for what happened and relate the actors involved to these schemes. The second research line of ULM-3 is constructing these storylines, taking into account temporal, causal and subjective dimensions. ULM-3 investigates how storylines should be represented, how they can be extracted automatically, and how they can be evaluated.

ULM-3 was or is involved as (co-)organizer in the following events: